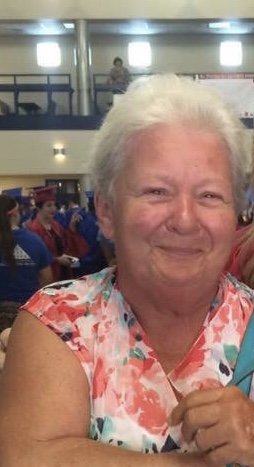 Debbie Perry, 66, passed away at James B. Haggin Memorial Hospital in Harrodsburg, Ky on June 2, 2018. Debbie was the wife of Ray Perry Sr.. Born in Anderson County, on July 30, 1952, she was the daughter to Gilbert Alan Hawkins and Martha Webb Hawkins.

Debbie attended Anderson County High School and a native of Lawrenceburg/ Salvisa, where she spent the majority of her life. She spent her life as a wife, a mother, a grandmother and a great grandmother. Debbie loved her family and she thoroughly enjoyed spending time with them. Many know Debbie for her involvement in cooking at various restaurants in Lawrenceburg, one of many places she cooked was the Broadway Diner. She loved to cook but her family stated she would never share the full recipe.

Visitation will be at Saffell House Funeral Home in Lawrenceburg from 5-9 p.m. on Tuesday June 5, 2018.

Services will be held at Saffell House Funeral Home at 1 p.m. on Wednesday, June 6, 2018 with interment following at Lawrenceburg Cemetery.

To send flowers to the family or plant a tree in memory of Debbie Perry, please visit Tribute Store
Tuesday
5
June

Share Your Memory of
Debbie
Upload Your Memory View All Memories
Be the first to upload a memory!
Share A Memory
Send Flowers
Plant a Tree