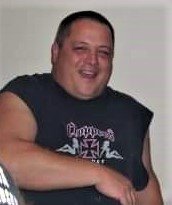 He was preceded in death by his mother, Patricia Wright, a twin brother, David Delayne Drury, his maternal grandmother, Ann Holland, his paternal grandparents, J.C. and Leavie Leathers Drury.

To send flowers to the family or plant a tree in memory of Danny Drury, please visit Tribute Store
Monday
18
November

Share Your Memory of
Danny
Upload Your Memory View All Memories
Be the first to upload a memory!
Share A Memory
Send Flowers
Plant a Tree