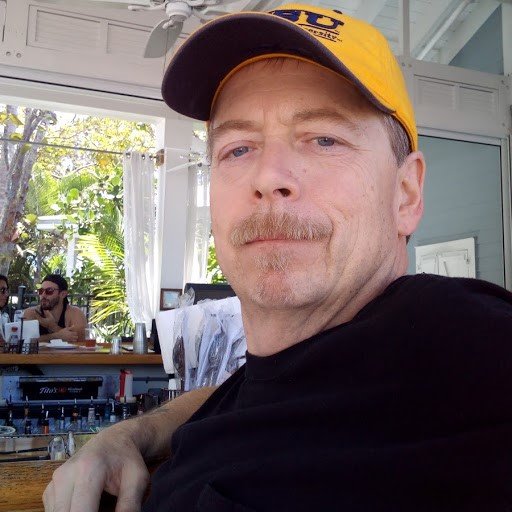 Brad Hahnes, 55, passed away at home in Hospice Care on September 28, 2019 after a long battle with cancer. Born in Morristown, NJ on November 8, 1963, he was the son of the late Donald and Wendy Lewis Hahnes.

Brad graduated from Elizabeth High school in New Jersey and spent the first years of his life living in Elizabeth and Madison, NJ. After this part of his life Brad joined the Navy where he served his country for four years. After his service Brad remained in New Jersey with his family where he worked as a automotive technician. After careful consideration, Brad and his family moved to Lawrenceburg, Ky about 13 years ago. When they got to Kentucky Brad started working at Lowes in Frankfort. A big part of Brad’s life was his faith and service in The Catholic Church. He was a member at St. Lawrence Catholic Church in Lawrenceburg where he was very involved serving as a Lector, a member on the Parish Council and Eucharistic Minister. Outside of his love for his family and his faith, Brad was a avid fisherman and hunter.

Mr. Hahnes is preceeded in death by his parents, Donald and Wendy Lewis Hahnes; and his uncle, Harold Hing.

Flowers are welcomed, while the family suggest contributions in Mr. Hahnes memory be made to Kidney Cancer Research or Bluegrass Care Navigators. The family is very grateful for the support and care during this difficult time.

To send flowers to the family or plant a tree in memory of Brad Hahnes, please visit Tribute Store
Friday
4
October

Share Your Memory of
Brad
Upload Your Memory View All Memories
Be the first to upload a memory!
Share A Memory
Send Flowers
Plant a Tree