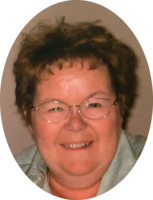 Jennifer Ann Kissick, 68, passed away on April 6, 2020 from complications associated with pancreatic cancer. Born on July 18, 1951 to parents Ed and Pauline Lynch, she grew up on a farm in Eaton, Ohio. Jennie graduated from Miami University in 1969 with a Bachelor’s degree in Education. Following graduation, she married Jeffrey D. Kissick on June 14, 1975. Together they built a life, welcoming two daughters Rebecca and Megan, and three grandchildren. Jennie found no greater joy than spending time with her grandchildren. Endless hours of arts and crafts, playing construction site or having her hair and make-up done brought a new meaning to life. In the summer, you could often find Jennie outdoors enjoying the sunshine or boating on Lake Cumberland. She also enjoyed quilting with her Jelly Roll Club. Jennie is preceded in death by her parents, Ed and Pauline Lynch, In addition to her husband,Jeff, Jennie is survived by her daughters Rebecca Kissick- Hake (David); Megan Bollinger (Will) and three grandchildren Madelynn Hake, Benjamin Hake and Harper Bollinger; two sisters, a brother and many nieces and nephews. A private ceremony will be held on Friday, April 10, 2020 at Saffell House Funeral Home in Lawrenceburg with burial to follow in Georgetown, Kentucky. A Celebration of Life is being planned for later this summer. Those who wish to remember Jennie in a special way, are encouraged to make a donation to the American Cancer Society or Saint Jude Children’s Charity in her honor. Arrangements are being handled by Saffell House Funeral Home, 340 South Main Street in Lawrenceburg, Kentucky.